Khushi moved her hand over her chest as she felt her heart beating rapidly. She took a deep breath as she stood in front of her mirror. This was her first time at the town’s Carnival, she was quite excited, and on top of that she was going with Arnav. She was dressed in a quirky polka dot summer dress Arnav had gifted her a few weeks ago. She wore her hair in loose curls which ended right above her shoulders, accenting her petite figure. She smoothed out her dress and once she was satisfied, she picked up her bag and made her way downstairs. She bid her parents goodbye, not before clear orders to tell Arnav hello for them and for her to have fun.

She scanned the park, wondering where he could be. A second later she felt two arms wrap around her tiny waist, she squealed as she turned around. “You’re here…”

He kissed her cheek, “You look stunning.”

She winked at him, “Someone picked out a lovely dress I must say.” He chuckled and he intertwined his hand with hers as they began to walk along the paved walkway.

“Hold on, hold on…” He said as he stood beside her and lowered her arched elbow. He shifted her grip on the shotgun and said, “Now try it.”

She shut one of her eyes, pulled the trigger and she hit the balloon. She dropped the gun on the counter and hugged him. “I shot it.”

He smiled, “You did.” He reached over for the woolly bear she had her eyes on since she had noticed the stall. “Here you go, happy?”

She nodded as she hugged the bear, “Extremely!”

She clutched the pole tightly as she sat on the horse in the Carousel ride, sheer joy was written all over her face as she glanced over at Arnav in the horse next to her. She had always wanted to go on one of these rides, when Arnav asked her if she wanted to try it, she immediately agreed. She squealed as the ride together with the Carousel music began.

Arnav’s heart warmed as he saw how happy she was, he knew it, ever since he had met her that he would do anything to make her happy. He extended his hand and she happily took it, they held hands across each other as they rode the ride not once but twice, just for his Khushi.

A glint of mischief clouded Khushi’s face, “Arnav…”
Just as he turned to her, she shoved a piece of cotton candy into his mouth, knowing his dislike for sweet candies.

“What the-” He exclaimed as he swallowed the candy. “That’s how you wanna play, wait!”

Khushi’s eyes widened at his threat, she took a step back as she warned him, “You wouldn’t…” It was clearly too late as he coated his vanilla ice cream onto her cheek.

She pouted and walked off in the direction of the restrooms. He caught up with her and pulled her towards him. He held his ear, “Sorry…” Her angry face fell through revealing her amused face, a grin surfacing as she folded her arms against her chest. “The Arnav Singh Raizada apologising…wow”

He nodded, “Anything to bring a smile to Khushi Kumari Gupta’s face.” He took his handkerchief out from his pocket and wiped the ice cream away from her cheek. He leaned forward and placed a chaste kiss on her cheek where the ice cream was a second ago.

The Ferris wheel groaned as their seats got to the top. Under the moonlit night bejewelled with glittering stars, they were the only two people on the wheel as the crowds had begun to shift to another area of the park.

He could not take his eyes off her, he admired her as she gawked at the view of the town from their seats. He could not help but think how much she meant to him, she was his world. The words effortlessly came to his lips, it just felt right. “I love you.” Khushi was the first girl he had ever said these words to and he sincerely meant it.

She immediately turned her attention to him as she registered what he had said. She could see the love that oozed from his eyes, though he had just said I love you for the first time to her, she had seen the words written in the expression of his eyes long before. Her lips curved into a smile as she held his hands, “I love you too.” He was the first gentleman who had taken her heart into his captivity and she rightfully allowed him.

Her breath hitched and her heartbeat rose as he inched closer. He cupped her face in his hands as her eyes closed. His eyes followed suit as he pressed his lips onto hers.

As the soft murmur of the lyrics filled the park, he extended his hand out to her. Her eyes widened as she listened to the lyrics, realisation dawned on her, this was their song, eternal flame. She bit her lip and giggled as she grasped his hand, leading the way to the dance floor. He held her hands close as they swayed, he mentally prayed repeatedly don’t step on her feet. She narrowed her eyes at him, “What’re you thinking of?”

He pulled her closer, “I’m trying to not step on your feet.” That just did it for her, she burst out into a fit of laughter, her smile was so infectious, his lips curved into a smile.

She tip toed and pecked his lips, “Step on my feet or not, nothing is gonna ruin this special moment, because nothing can ever feel wrong with you at my side.” She leaned against his chest with her arms looped around his back, as they continued to sway with the music.

Close your eyes, give me your hand, darling

Do you feel my heart beating?

Do you feel the same?

Am I only dreaming?

Is this burning an eternal flame?

The title is inspired by the song Eternal Flame by The Bangles, the first time I heard it was when Candice Accola sang it on the Cw. The story was inspired by a photograph, the simplicity and happiness in the mere photograph was enough for me to write on it.
The caption of the photograph was “Young love in the 50’s” Credit to the owner of the picture, and also to “Lost in History’s” twitter page where I saw the photograph. 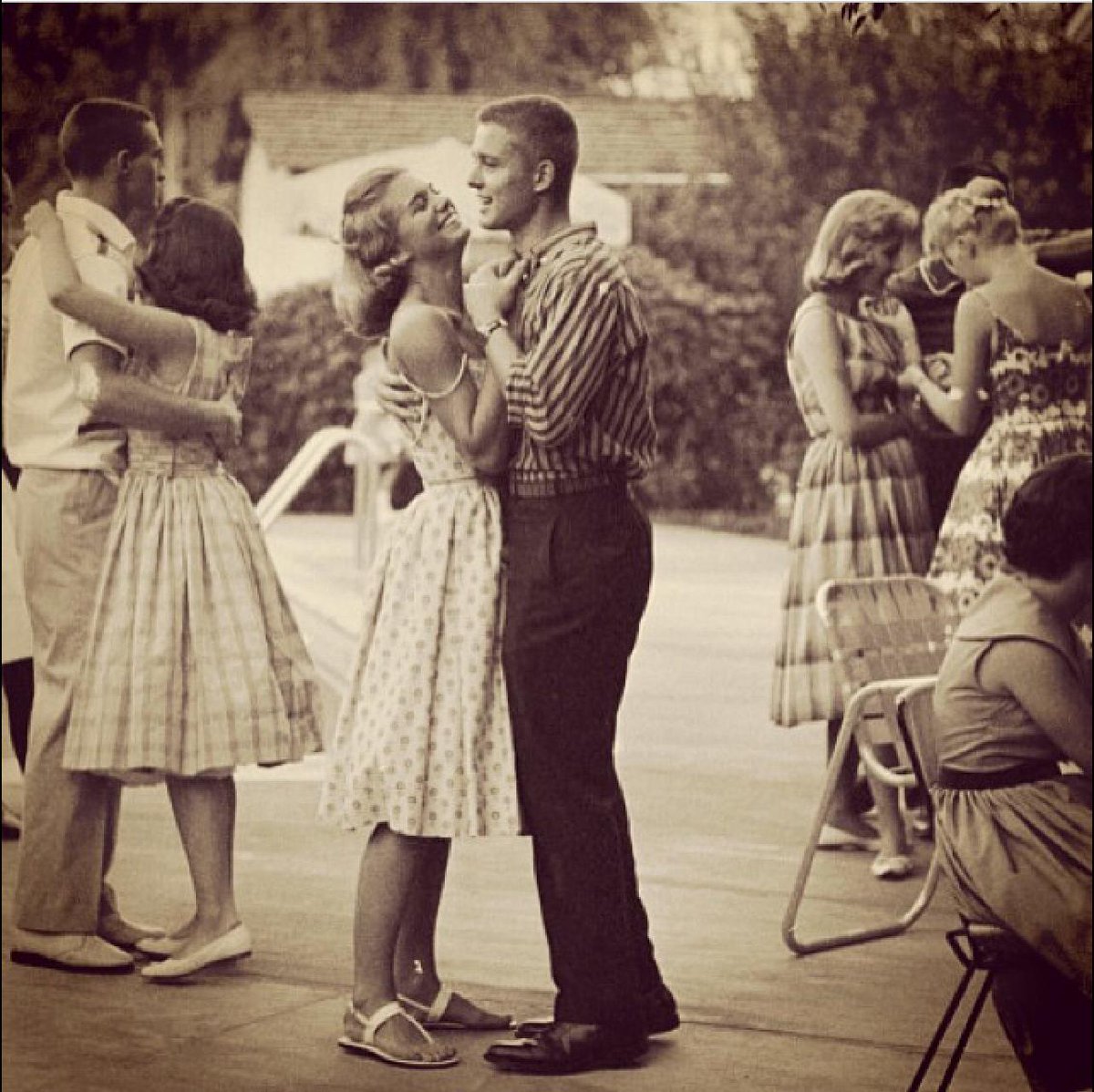