The Raizada house was rather quiet today. Everyone had made an excuse of going out’ to give some much needed privacy to their dear Arnav and Khushi. Arnav for the past few weeks was extra busy with work as numerous deals were under way. Khushi on the other hand was starting the launch of her clothing line via AR. They saw a lot of each other still though; after all they spent most of the day with each other at the office itself.

A day in Arnav and Khushi’s life meant waking up early, preparing themselves for the office, eating breakfast, working frantically in AR, trying to finalize everything, when they came home after a long day, they spoke to the family for a couple of minutes over dinner, then retreated to their rooms; they would freshen up and go straight to sleep as exhaustion got the best of them. As the morning cleared they would start the routine all over again. 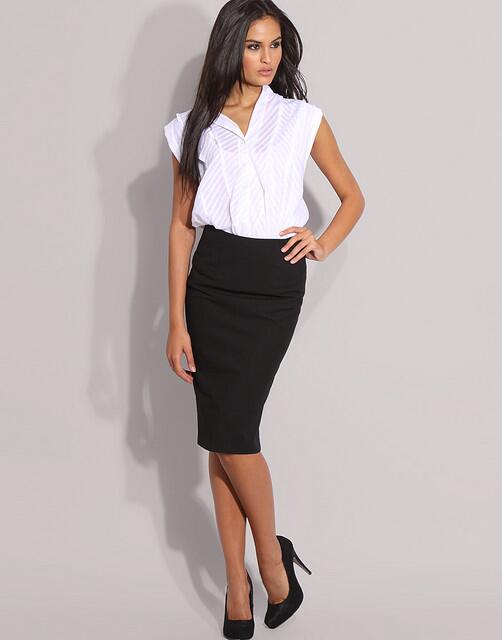 Today was no different, they got up and did the same routine, the only slight difference was that Arnav and Khushi had a small fight over an important deal in the office.  So the entire ride home was spent in silence. When they got home, Arnav went straight to the bedroom.

Khushi sat in the living room and looked at the clock, “10pm.” She thought. Arnav did not come out yet, isn’t he hungry? He’s that upset.’ She pouted and went into the garden.

Meanwhile Arnav looked at his watch and heard his stomach grumble. He thought, Should I ask Khushi for something to eat?’ He walked downstairs and into the kitchen.

Khushi entered the house from the garden. She was about to make her way upstairs, just when she heard an “OUCH!” from the kitchen. She ran to the kitchen where she saw Arnav holding his now red hand.

Khushi held his hand, “Arnav, what are you trying to do?”

Arnav pulled away his hand and replied, “I…  What do you mean what am I trying to do?’ I wasn’t trying to burn myself; I was trying to cook something.”

Khushi looked away from him and at the stove where he had a pot up. She sighed and said, “I’ll make you something but first let me see your hand.”

She grabbed his hand and walked him over to the dining table. She sat him down and disappeared, she returned with a first aid box. She sat on the chair next to him and blew on the red spot on his hand trying to soothe the burning. She then opened the first aid box and applied medicine on it.

She looked up at him, “You okay?” He nodded and she got up, saying she was going to prepare dinner.

After a half an hour in the kitchen, with frequent glances at Arnav sitting at the dining table, the pasta was finished. She dished it out into a plate and placed it in front of Arnav. Khushi turned on her heels about to leave, when Arnav grabbed her hand and said,“Come sit and eat.”

In one move, he pulled her onto his lap and wrapped his arm around her back.

He took the morsel up to her mouth; she opened her mouth taking the food. Just as he was about to feed her another morsel, she held his hand and took the morsel. She instead held it in front of his mouth.

He opened his mouth and she put the food in his mouth. Arnav made sure to brush his lips against her hand, while she was extracting it. She widened her eyes and Arnav gave his signature smirk. She understood what he was trying to do. She quickly tried to get up but Arnav held onto her waist.

“You think this is funny? First you get angry at me and then you want to be in your romantic mood and expect me to be fine with it and play along. What do you think I am?” She retorted angrily.

Before she could say another word, Arnav silenced her with a kiss. As they pulled away, she protested to his assault, “Arnn…”

He hushed her with yet another short kiss. She held her hands against his chest, “No…”

Arnav blew against the tiny speck of hair resting on her forehead, “Why?”

Khushi bit her lip and fumbled with an excuse, “Err… everyone’s home. They’ll…”

Arnav who was moving near her lips looked up at her, “Khushi since we’ve been home, haven’t you noticed that no one besides us is home.”

Shit!!’ Khushi thought. She never that was a stupid excuse because the family was at the farmhouse for the night but it was the first thing that popped into her mind.

“I’m sorry sweetheart. I over reacted in the office.” He looked into her eyes and she nodded.

“You were a jerk.” She stated.

“I know, now let me make up for it.” He said in a matter of fact tone.

He lifted her onto the table and held her hands firmly at her sides. He placed kisses trailing from her hands up to her neck.

He took off her shirt, leaving her in her pencil skirt and bra. As the cold wind brushed against her skin, she hugged Arnav for warmth. Arnav held her by her waist and pulled the skirt up, making it pool at her waist. He then wound her legs onto his waist. Khushi’s hand roamed over his shirt. She quickly unbuttoned the shirt and discarded it on the floor below.

With that he raised her off the table; Arnav’s feet found their way to each stair, without breaking contact from Khushi. Once they reached their room, the door shut loudly with a, “BANG” causing an echo through the household.

The next morning, the family entered the house to find Shantivan covered in darkness. Akash moved cautiously to the light switch and flicked them on. They moved inside and relaxed on the couches in the living room.  Soon after, Anjali’s eyes caught what seemed like her brother’s white dress shirt and her sister in law’s white blouse lying on the floor near the dining table. Her eyes widened and she grinned widely.

She looked up to see Mami and Nani engrossed in conversation, while Payal and NK were discussing a movie.  Akash was sitting next to Anjali browsing on his phone, she elbowed him discreetly. He turned to her and looked at her with question. She motioned her eyes to the dining table, that’s when Akash noticed what his sister was hinting towards.

His eyebrow arched in question and Anjali nodded to confirm his question. He glanced back at the shirts and then at his sister, he stifled his impending laugh. Payal’s head shot up and saw her sister in law and her husband looking amused. She pulled out her phone and texted Akash from where she was across from him.

Akash’s phone buzzed, he checked it and replied. Payal’s eyes widened and immediately darted to the dining table.  NK elbowed Payal and she showed him the phone. His eyes mirrored Payal’s, looking straight at the dining table.

All four of them decided to devise a plan to distract Nani and Mami away so they could remove Arnav and Khushi’s evidence. Why were they helping them? That’s what siblings do, and plus if any of them were stuck in that situation they would hope their sibling did the same for them as well.

The rays of the sun hit the white blanket through the curtain. Evidence of the night’s activities lay in plain sight. Shoes thrown in a corner, pants, skirt and inner wears flung around the room on the dark hardwood floors.

On the bed, under the covers, Arnav laid with one hand over Khushi’s waist while the other hand rested under Khushi’s head. Smiling and peacefully sleeping, not knowing what efforts their siblings were making downstairs to not cause them any embarrassment.

Anjali moved and sat in between her Nani and Mami. She engrossed them in conversation. Once Nani and Mami were distracted, Akash made a run for it. He grabbedhis bhai and his Khushi bhabhi’s shirt and walked inside the kitchen, hiding it behind the sugar and salt containers.  Akash came and sat back down, he thought, God alone knows how many things I do for bhai, and god alone knows when he’ll repay the favour.’

On cue, NK slipped out from the couch and grabbed the dinner plate from the table. Payal got up and NK passed it to Payal as he made his way back to the couch. Payal moved inside the kitchen and put the plate down, she tied her sari snugly around her waist and started cleaning up the leftover utensils thanks to her dear sister; Khushi.

Nani and Mami moved to Nani’s room, which thankfully was on the ground floor to chat some more. After Payal served them their tea, she raced out to meet the others who were huddled in the kitchen. Anjali got the coffee, sugar etc ready along with toast and butter. NK placed them all in the tray. Payal folded their respective shirts and tucked it in a corner of the tray, while Akash scribbled a little note, to go along with it.

They all snickered up to Arnav and Khushi’s rooms with the tray in tow. They set the tray down and knocked on the door. They then moved away from the door, as if the thin air knocked the door and left the tray.

Arnav’s eyes flew open when he heard the knock.  He removed himself from Khushi and fished the contents on the floor for his pants. He pulled the pants up and covered Khushi decently. He sighed and opened the door slightly, not revealing the state of his room.  But to his surprise he saw no one, just as he was about to close the door, he saw a tray. He pushed the door out and picked up the tray. He looked left and then right into the hallway but saw no one. He shrugged and entered the room, closing the door with his foot. He set the tray down on his side of the bed and moved into the wash.

Khushi woke up and grabbed one of Arnav’s shirt. She put it on and buttoned a few buttons. Just then Arnav entered from the wash, he saw her on the bed, “Freshen up, and we’ll have breakfast.” She nodded and went into the wash.

She emerged and plumped down next to Arnav on the bed. She smiled but then her eyes caught something on the tray. Those were looking like their shirts.

She picked it up and inspected them closely. Yes it was theirs.

Arnav picked up the note that had fallen when Khushi took the shirts up. He opened the paper and read out loud,

You’re so damn lucky. Next time, don’t expect us to save your butts like today.

Khushi blushed and Arnav smirked. They had their breakfast and got ready. They moved downstairs hand in hand. Payal, Anjali, NK and Akash exchanged looks with one another.

Akash teasingly asked, “So bhai how was dinner?”

Khushi chocked on her spit while Arnav threw a look at him, ‘Akash you little…’

Everyone snickered whilst Nani and Mami looked at each other.

“You all laughing about the shirts near the dining table from this morning?” Mami asked casually.

The room filled with abrupt silence. Khushi hid in Arnav’s chest, blocking her face with her long tresses.

Nani looked at her young grandchildren’s faces, “What? You feel we weren’t young too?”

Mami added, “Yes sasuma, you know when Akash’s father and I were younger we would…”

Before she could trail off any further, Payal-Akash, Arnav-Khushi, Anjali and NK quickly ran to their rooms covering their ears not wanting to hear any further. Nani and Mami laughed at their children’s retreating figures.